The Belgian off-road cyclist Niels Albert is one of the biggest names in international cycling. He has many Superprestige and world cup victories to his name, as well as a national professional title. In his first year as a professional cyclist, he won the world title in the highest classification in February of 2009. Three years later, in Koksijde, he repeated the performance in front of his own countrymen and women. An unfortunate wrist fracture nearly prevented this success.

For every racing cyclist an accident can happen quickly. The same goes for Niels Albert. During a training session on 15 November 2011 he suddenly collided with the mirror of a passing car. An orthopaedic surgeon determined that the accident caused a crack in the trapezoid bone of his left hand. That is of course something an off-road cyclist can do without. “I have seen plenty when it comes to injuries, including a ruptured spleen a few years ago,” Niels Albert says. “You do whatever you can to get back to doing what you love as soon as possible.”

Off-road cyclist Niels Albert is looking forward to the World Championship in his own country, until he suffers a crack in his wrist. Like some of the other top cyclists, he uses the Ossatec Bone Growth Stimulator. Just two-and-a-half months later he is the best of the world!

To allow himself to keep up with his training during this period, Niels Albert had a special wrist brace made out of thermoplastic material designed in the hospital in Vilvoorde. An Ossatec Bone Growth Stimulator was attached to this brace. “The pulsating electromagnetic fields stimulate the production of new bone tissue, which allows the fracture to heal quicker,” Niels explains. “I know that other cyclists like Tom Boonen and Gert Steegmans have also used this device. Every day that can be taken off the healing process is one I’ll gladly take.”

Solo to the title

The use of the Bone Growth Stimulator can save a lot of time. This is especially important for professional athletes, since they can get in good shape for competitions a lot sooner. This was also the case for Niels Albert. Just a month after the fracture, he won the third Superprestige competition of the season in the Flemish town of Diegem. On 29 January 2012, he even won the world title in Koksijde. “During my recovery only one thing went through my head: to become world champion! This is the biggest victory of my career and a performance I will not repeat soon. After a month of downtime, my season has become a great success after all.” 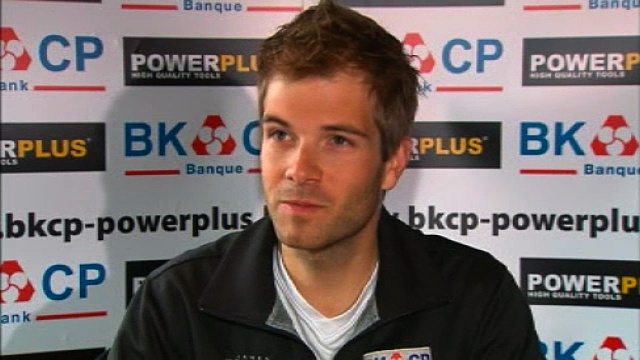