Jeffrey Herlings has won just about anything a person can win in the world of motor sports. He was having a great year, until he took a big fall on 17 August and broke his collar bone. The season appeared to be over. The Ossatec Bone Growth Stimulator allowed Jeffrey to recover remarkably quickly, however, so that he could appear at the starting line of the Grand Prix in Lierop just three weeks later. He won that event as well. “I would recommend this device to every professional athlete. I owe my title to it.”

The talent from Elsendorp in the Dutch province of Brabant is only 19 years old, but he has seen his share of injuries. Still, until August of this year he had not heard of the Bone Growth Stimulator by Ossatec. “My doctor in Belgium, who treats many professional athletes, told me about it,” Jeffrey reflects. “He advised me to try it. We took action immediately. Ossatec came by that same day to deliver the device and explain how to use it.”

Motocross racer Jeffrey Herlings suffers a collar bone fracture just three weeks before an important Grand Prix race. Thanks to the Ossatec Bone Growth Stimulator he was still able to appear at the starting line and win the event!

Jeffrey wore the Bone Growth Stimulator eight hours a day for three weeks. “You cannot feel a thing, which is great. The device is comfortable to wear, it is invisible underneath your clothing and you cannot hear it.” After three weeks, he went back for another X-ray. To everyone’s surprise, the fracture had healed and Jeffrey was declared to be totally healthy again. “Normally, this would take about six weeks,” he explains. “The quick recovery was great for me, because it allowed me to take part in the final race for the MX2 World Championship in Lierop. Nobody expected this. The Grand Prix in Lierop is a kind of home game for me, which makes it extra special. I ended up winning both races.”

After the race in Lierop, Jeffrey still suffered some pain in his shoulder, even though the fracture had clearly healed. A closer examination showed that the blow of the fall had damaged a nerve in his shoulder. This has ultimately led to a premature end of his season. “Unfortunately, there is no device to help the nerve recover. Only rest can do that,” says Jeffrey. “The season was almost over anyway. I am just happy that I was able to appear at the start in Lierop. I would not have missed that title for the world. I can recommend the Bone Growth Stimulator to anyone with a bone fracture. Especially when every day counts, like for professional athletes.” 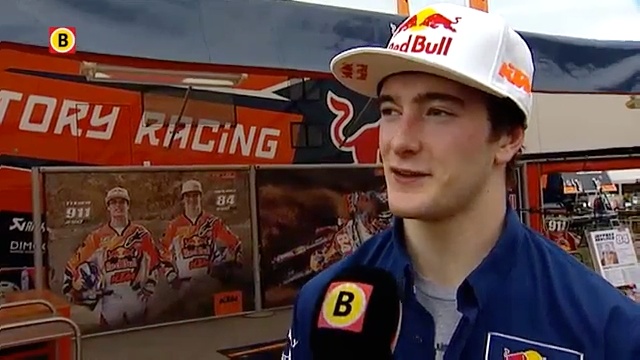